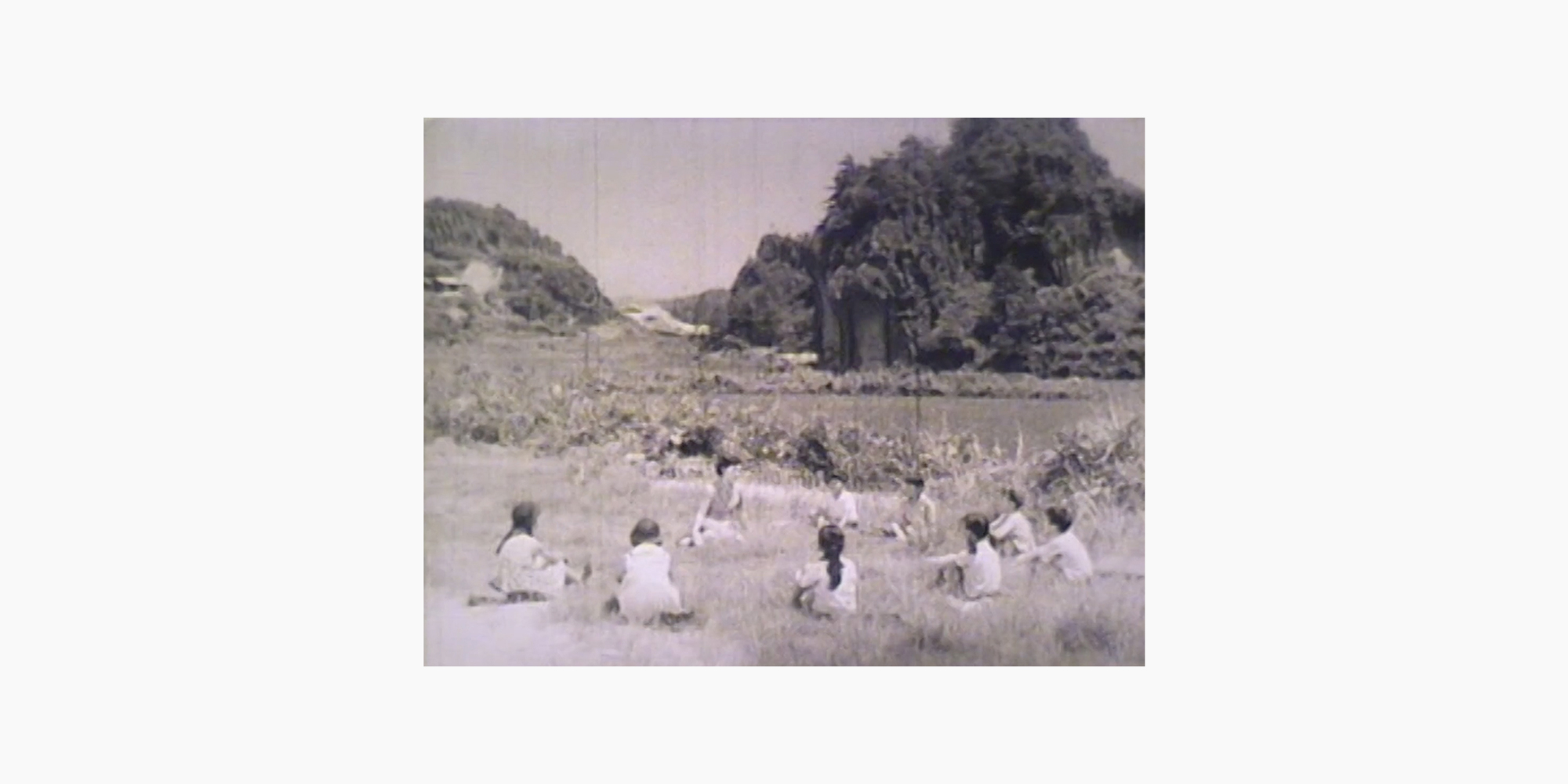 Song of the Stone Mountains

A documentary film titled “Song of the Stone Mountains” (Directed by Takeshi Sato), depicting the lives of the stoneworkers of Oya, was released in the year Showa 30 (1955).

The Song of the Stone Mountains is a real song, composed by a music teacher who taught at Shiroyama Central Elementary School. It is sung to this day as the third school anthem of said elementary school. We showed the film to people of Oya who were elementary students at the time of its filming, in order to bring back old memories.

Around Showa 30 was when there were hundreds of quarries in Oya, each of which was booming with activity and literally paving the way for Japan’s speedy economic growth.

“The scenery in the movies hasn’t changed much since then, has it?”
“The only difference is there used to be heaps of koppa (rock powder) here and there.”
We were told that the koppa was shipped to various locations so that it could be used to pave roads and cover school courtyards.

Imagine a pure white road, leading into greenery.
Or perhaps a white school playground, with children running around.
It’s tempting to lose oneself in such dreamy fantasies, but life must have been very difficult back when the roads were not paved.

Listening to the memories of the people made us want to color in the black-and-white film of “Song of the Stone Mountains”.

[Photo] From the film ‘Song of the Stone Mountains’ (Directed by Takeshi Sato, 1955)