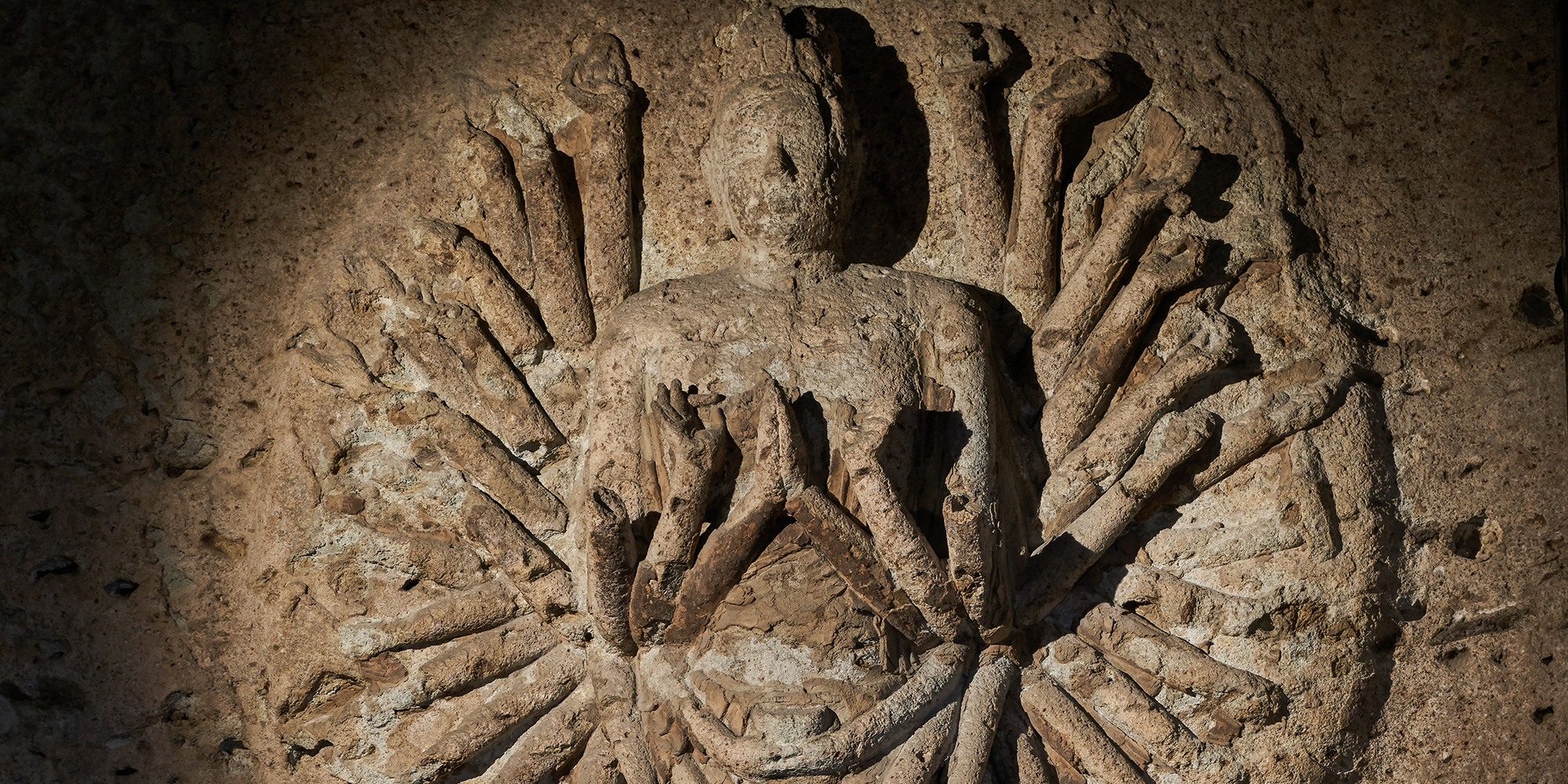 Senju Kannon (a Bodhisattva) of Oya Temple carved on the rock wall has long been called Oya Kannon.

When it was first made, it was said that the surface was carved directly onto the rock-face and was painted with red vermilion, then complemented with a fine layer of clay, and then lacquered. The outermost layer was gold leaf that shimmered warmth.

Through recent studies, similarities have been found with the ‘Bamiyan Buddha’ which was sculpted by Afghan monks during the Nara period. For this reason, Oya Kannon has been considered to be the “Japanese Silk Road”.

When the Silk Road of far west meets with Oya, you cannot but help feel the transcendence of history.