If you can fly as high as a bird, you may notice something a little different about the views of this small village surrounded by trees and a river. Normally, the conifer forests stand erect and pointy, the broadleaf trees would be bulging out. But the forests here are like a miniature garden or a bonsai. Trees are irregularly lined on top of rocks like moss, the rock face of the cliffs can be seen in places.

Oya, Stone City has represented Japan, from 100 years ago, 50 years ago, and still today, for the Oya Stone which is quarried here. In the past, the stone was carried out on railway tracks laid over the road. There was a time when shop front banners would have lined the tracks. Eventually, stone, this natural building material was stopped being used in construction and the prosperity of the area declined considerably as did the dust that covered it.

But even then, in Oya, Stone City the stonecutters are carving stones out from the earth, the number one stone quarry is still expanding.

"Chipping away at the rocks is interesting, I never get tired of it, see!"
The tools passed down from craftsman who worked on the restoration of the old Tokyo Imperial Hotel, designed by Frank Lloyd Wright. Tat-tat-tat, a soft and dull sensation of the sound and the feel. It's like carving a Japanese sweet made from hardened sugar. The view of the enormous space of the Quarry that was carved out by the hands of men, while it's overwhelming, I feel a sense of relief from thinking there was interest in carving out the earth, Tat-tat-tat.

In Oya, the stone is a sleeping treasure. This space, after quarrying, exudes beauty like a shrine. And now, in what was once a quarry, a new charm is born.

The cold water that collects in the quarry is being used for Oya summer strawberries. While being cooled, the seedlings are grown in midsummer. They've just started being cultivated. A nostalgic taste, sweet and a little sour. It's a dream for cake shops all over Japan to be able to get domestic strawberries in the middle of summer when there aren't usually any available. In the quarry, it's cool and moist, and the temperature remains constant, it's becoming recognized as a natural storehouse. The sugar content in sweet potatoes rises by preserving them here, and the wine matures slowly; someday Oya will become known as a place for maturing.

Oya stone have brown parts which are ancient plants that have hardened. There are also green mineral deposits dotted around. There are lots of small holes, air from both a long time ago and this moment is absorbed. Different colors and properties combined, as a whole have softness and warmth.

The stone, the place and the people you will encounter are gentle and kind.
To live, to spend time and to stop by.
A place of stone and stonecutters, Oya, Stone City. 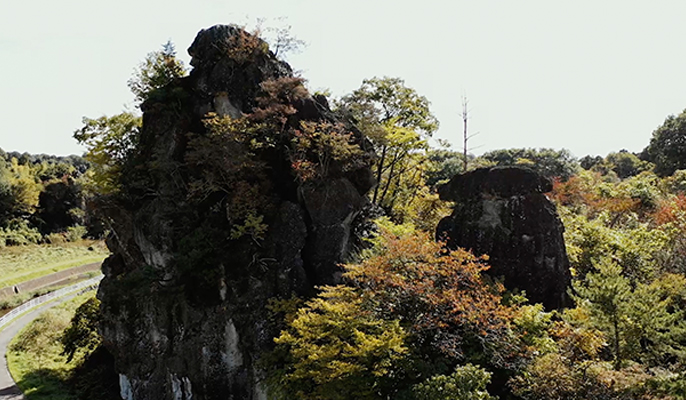 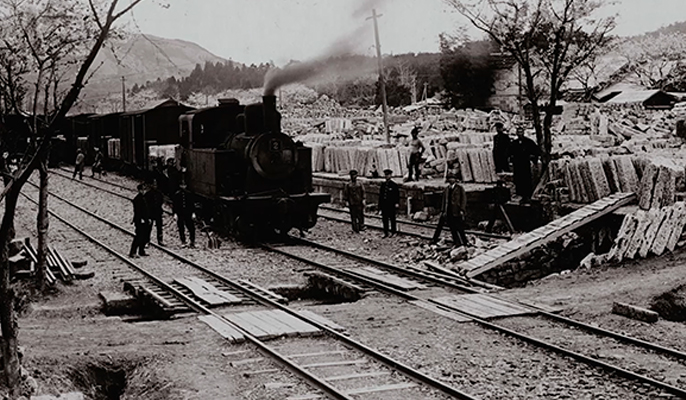 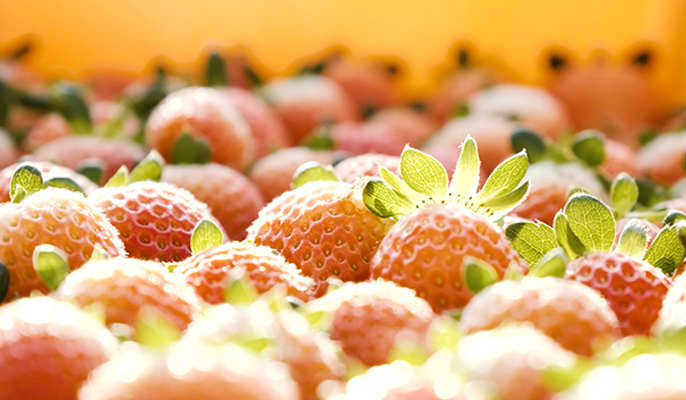