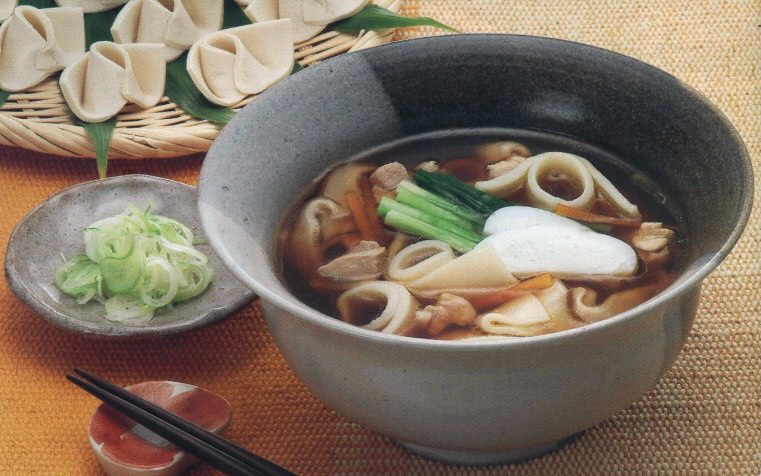 On the way to Nikko from Oya, there is a path along the side of Shiroyama West Elementary School. Following it will lead to Hoshi-no-Miya Shrine. Ear udon is a local specialty and is what was served at the Naorai* after the shrine’s festival in January.

To make ear udon (mimi udon), the udon dough is first cut into strips about 4cm wide, 7cm long, and folded like the collar of a kimono. The udon is then boiled until cooked.

You may be surprised to find out that it’s unclear when this dish was first invented, or even why it is called ear udon. Some say that it is because the shape resembles an ear lobe.

Though this local delicacy died off at the end of the Showa era (the late 1980’s), the people of the Shiroyama district tourism department have brought it back.